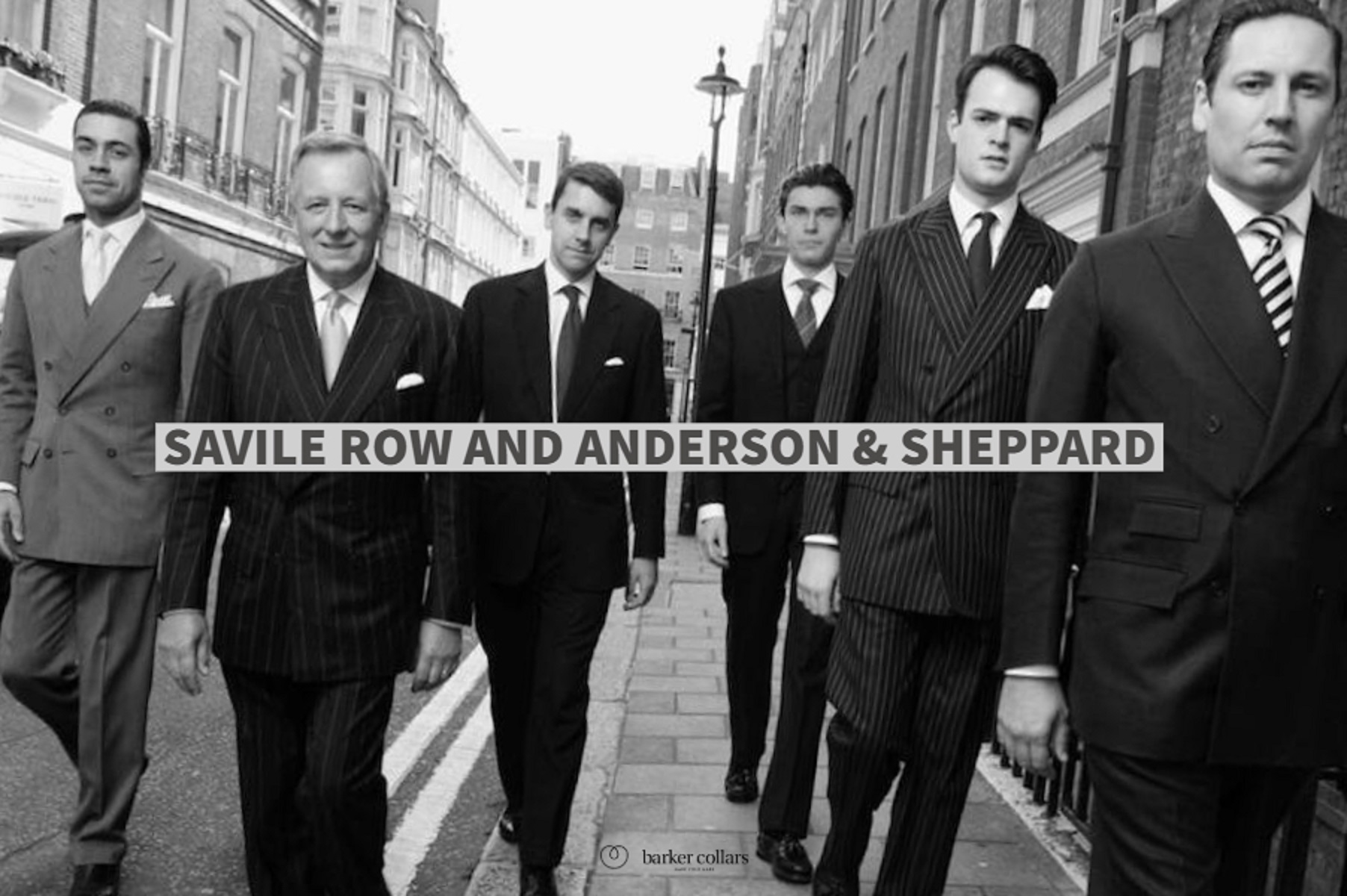 Posted at 16:30h in Uncategorised by Barker

Here at Barker, we are steeped in history, expertise and craftsmanship. Our formal wear offering ‘Barker Collars’, provides the discerning gentlemen with attire of distinction. With a long- standing passion for exemplary quality and service, we have always been inspired by London’s epi centre for world- class tailoring – Savile Row.

Here, we take you on a journey… No. 32 Savile Row, Central London: the home of Savile Row Tailoring, a traditional and modern bespoke tailoring service for men and women where Henry Poole (creator of the Tuxedo) opened the doors to his tailoring premises in 1846 and has since been hailed as the ‘Founder of Savile Row.’ Interestingly the term ‘bespoke’ is said to have originated from this very street. 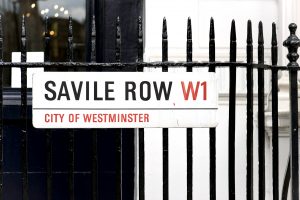 The row is entrenched in history, with Royalty and famous celebrities frequenting to visit the streets most discerning designers. Prince Charles, Winston Churchill, Charlie Chaplin and Napoleon the III to name a mere few. Savile Row was born to be great.

The 20th Century welcomed Frederick Scholte, notorious for developing something completely new on the cobbles of this street. An English drape was made for the Prince of Wales – soon to be dubbed the ‘London Cut’ – a high, small armhole with a generous upper sleeve that permits the jacket to remain close to the neck whilst freeing the arm to move with comfort.
Soon after, Scholte became known for making the best shoulder on Savile Row and even inspired and trained a young Per Anderson with his new genre of tailoring. Subsequently, in years to come Per Andeson found himself collaborating his talents with skilled trouser cutter Sidney Sheppard, to form Anderson & Sheppard.

The dynamic duo began their great journey at No.30 Savile Row in 1906. They enjoyed 78 years of revolutionary tailoring, bringing “civil tailoring” to Savile Row. Years on, the beautifully cut and classic English suit hanging in your wardrobe is all thanks to Anderson & Sheppard.

Fast forward to the 1970’s, Tiny Rowland acquired Anderson and Sheppard’s tailors, where it has stayed within the Rowland family up until this day. However, with an influx of custom and demand, the rent on Savile Row naturally grew. By 2006, rents had soared and 19 tailoring businesses were forced to shut down. Savile Row saw influential names and businesses being taken away from the street on which they were not only born, but history made.

In true Savile Row style, the designers still here were determined to continue on the story and successes – Ozwald Boateng, Timothy Everest and Richard James revitalised the street. A Vanity Fair feature in 1997 offered the three designers a jolt in popularity, triggering a change: store fronts were altered; marketing and publicity were utilised; and a challenge was put towards the traditional Savile Row styling. Savile Rows story has not been smooth, but it has been saved from being over.